You are here: Home / Autism / Autism Awareness isn’t Overrated; Maybe Your Perception Is 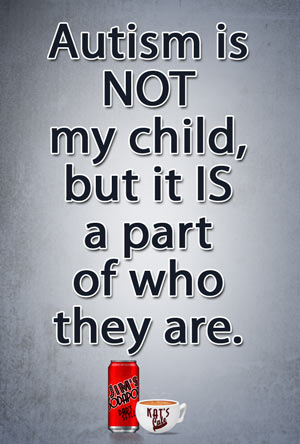 What’s Your Perception of what Autism Awareness Really Is?

I have been reading lots of great posts as we enter Autism Awareness Month and can’t help feeling like we tend to sidestep our real emotions and understanding too much of the time as we react to this month and many of the blogs posted during it.

First, I will never say that someone else’s opinion is wrong or right, even if I might disagree with it. I might talk about what I think awareness is, but you don’t have to agree! Part of an open, honest discussion means that we must first come together and talk about this before we work to fix it.

Second, I think autism awareness is a way to spread, promote, and otherwise share the facts about what autism is and how it impacts individuals and families. You know that old saying – you can’t really understand someone until you’ve walked a mile in their shoes? When it comes to autism awareness, there’s a whole population of amazing people who are misunderstood, misrepresented, stigmatized, and otherwise devalued because of a label that society doesn’t understand.

It doesn’t matter if you’re an autistic adult or a nonverbal child with autism – and it doesn’t matter that the numbers of those diagnosed on the spectrum are rising steadily … because understanding autism has to come at an individual and emotional level.

That said, I still think that autism awareness is important. I don’t think the idea of awareness or even World Autism Awareness Day is overrated. But I do think that many people have a skewed perception of what awareness means and why they should care.

What Is Autism Awareness? How About What it Isn’t?

It’s easy to see how even things we do in good faith, with the best of intentions, aren’t necessarily a way to further awareness.

I think it’s a difference between passivity and action. When you passively switch a lightbulb, share a photo, pin a ribbon, and spread statistics, it’s easy to start thinking that you are raising awareness. Let’s be fair, I create and share those images, I have digital ribbons out the wazoo, and I write about and share those statistics too. It’s a way to feel like we are really spreading awareness – a physical sign that we are helping.

I have one of my graphics as my Facebook profile picture right now – and while I did it as a way of sharing I can’t say it’s an act of building awareness. It’s passive.

That’s something a little different. It’s more that that kind of passivity.

It’s writing about perceptions and stereotypes and opening or furthering that dialogue. It’s reading those posts and intelligently reacting and responding to the ideas they represent. It’s sharing what the reality of autism is. It’s working to educate and break down those stereotypes.

Sometimes, it’s a heartbreaking and emotional, gut wrenching post and other times is acknowledging someone else’s point of view.

The photos, the graphics, the gimmicks – they are part of the campaign, they’re a way to show what WE stand for, but for awareness to be something tangible we have to ACT beyond that passivity.

Awareness is more about action than passion.

Building Autism Awareness isn’t about any ONE Organization or group

If we want to help others understand autism we can’t present one opinion (even if it’s our own) and call it awareness. We can’t ingratiate ourselves with one organization and call our donations awareness.

I’ll state for the record – I’m all for supporting great autism charities and organizations – many of these organizations do great thing with little budgets to try and effect change for the autism community. But I do NOT, and never will, support Autism Speaks. Their awareness activities might be important but they come at a high price – from an organization that wants to cure our kids instead of understanding them, who wants to obliterate autism and raise money instead of (or in addition to) even employing one person on the autism spectrum. I’ve turned down offers to participate in worthy awareness campaigns by some great organizations and businesses simply because they have partnered with Autism Speaks.

My friend Jim just posted about this, sharing the words of someone with autism who is also the parent of a child with autism. She can’t stand this kind of awareness, or the World Autism Awareness Day, because it is represented so heavily by Autism Speaks. I don’t want to put words in her mouth, because even though she asked to share her thoughts anonymously I think she raises a valid point in this post, simply titled Blue.

Our responsibility, our passion, our drive should be in making sure that the individuals are heard first. Autism awareness isn’t about one group of people, it’s about millions of people who share a diagnosis but not the same symptoms, and it’s about a society that refuses to look past the stereotypes and the voices of a few to see the individuals who are at stake.

And I can speak for the millions of us who love someone with autism. We want you to see the sons and daughters, husbands and wives … the individuals … that we love. We want you to understand that they are not a collective known as “autism.”

That’s what Autism Awareness really is.

What are you spreading today? Awareness or passivity?