You are here: Home / Depression / Surviving the Ultimate War with Depression 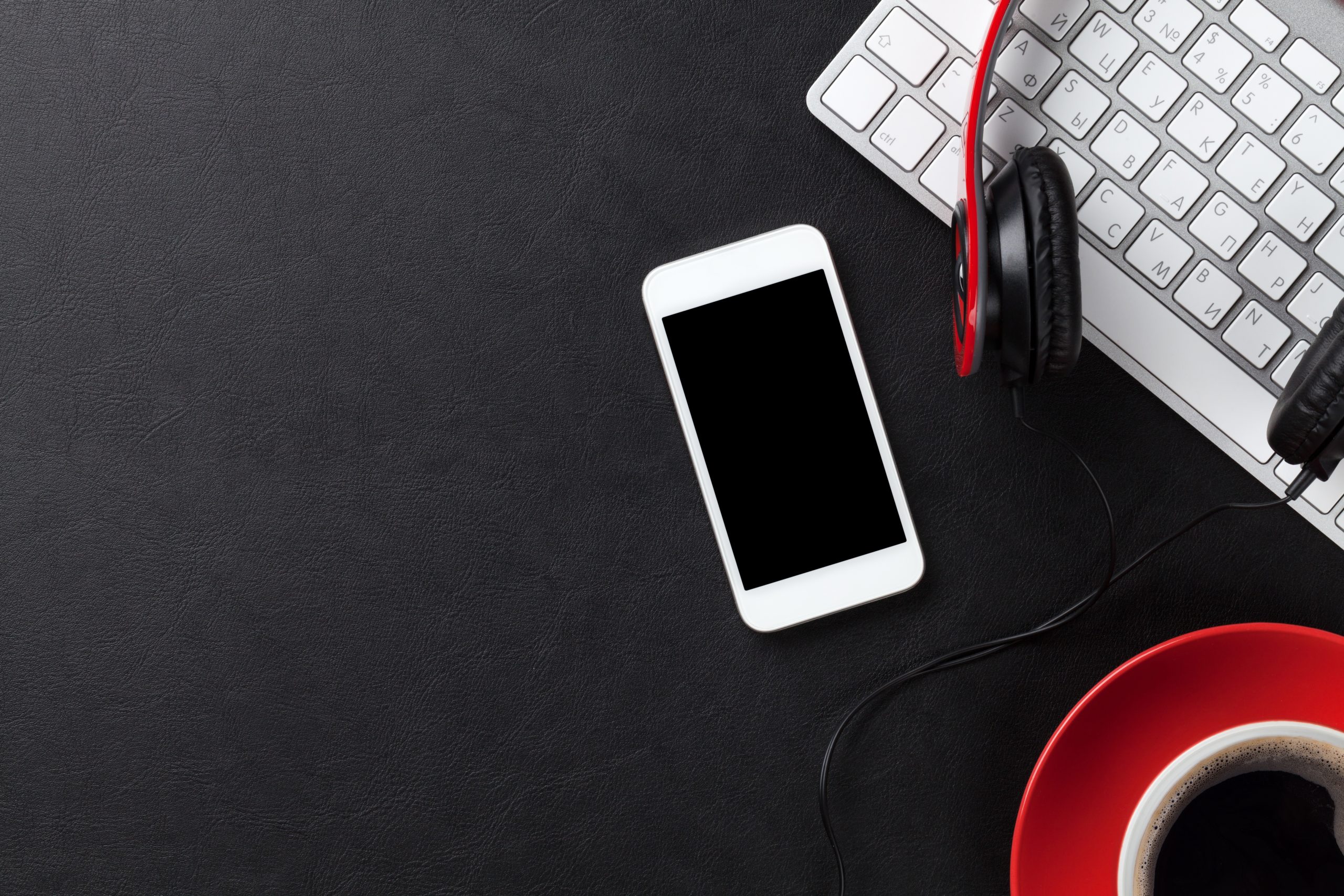 Depression … you old friend, you.

When the weight of the world feels like it is on top of you, every day, it is humbling, humanizing, even embarrassing. When you’re depressed, these normal human emotions and feelings can overwhelm you to the point of inaction (or sometimes of the most horrible of actions).

I’ve been struck, sometimes, by how moments within our favorite shows touch on our own realities.

Depression and Buffy (yes, the show)

I fangirl over a few great shows. If you remember the Buffy television show, you might remember a moment late in the 5th season when Buffy admits she gave up.

To recap: Buffy is catatonic after her sister was kidnapped by the big bad of the season so Willow has done a spell that allows her to be inside Buffy’s mind. Willow wanders through significant moments in Buffy’s life and comes to a paradox — which is the innocuous memory of Buffy placing a book on the shelf in the Magic Box.

Confused, Willow asks why this scene is important and Buffy breaks from the memory to explain. She says this is ‘the moment’, the exact moment, in her heart, she gave up hope of defeating Glory. She thinks that’s why Glory was able to get to her sister and why her sister will die.

The dialogue reminds me of what many of us going through depression must feel like:

BUFFY: I felt it. Glory will beat me. And in that second of knowing it, Will…
I wanted it to happen.
WILLOW: Why?
BUFFY: I wanted it over. This is … all of this … it’s too much for me.
I just wanted it over.

WILLOW: You’ve carried the weight of the world on your shoulders since high school … And so, you wanted out for one second. So what?

Dramatic stuff, right? Dramatic, because we feel that moment so acutely. We’ve all felt like giving up, haven’t we? And if you’ve ever experienced depression, you truly feel that thought — that the world would be fine without you, that you don’t matter, that no one cares.

I’m not in the world-saving business, and I certainly am not the chosen one, but I’ve found myself in that headspace.

Years of being caregiver for three boys and a husband with a rare disorder. Of being the chief advocate for these guys. Of dealing with seizures and meltdowns. Of learning CPR so I could give it to my son in the middle of a seizure.

It takes its toll.

I have struggled with depression for years. I’ve always fought the good fight, tried to stay positive, tried to support others. Until I couldn’t.

Just like Buffy, I gave up. And rather than face those demons, I flirted instead with the idea of just never writing again. Because I didn’t want you (any of you, out there reading) to see the real me.

Rather than tell you about the very real struggle I’ve been facing, and rather than admit that I’d given up on ever feeling okay again, I locked myself away.

In doing so, I tried to give up the larger war. I didn’t just struggle to be positive for a moment here and there; I fought to hold onto dreams, passions, my very life.

And I lost battles here and there. Days and weeks and months and even years blended together while I simply survived.

I held on for dear life and I survived, because I couldn’t fathom doing one. Extra. Thing.

I gave up. I didn’t tell anyone about it because … well, I’m not sure. Maybe it was easier? Maybe I just didn’t have enough energy to try and be honest? Or maybe, because I didn’t want to associate my own personal demons with the very real pressure of being a mom. Or to the very real, and sometimes overwhelming, call to do things perfectly.

Well, guess what. This is me. I’m real. And sometimes real people have issues. They deal with things in unhealthy ways. They make choices they shouldn’t. They withdraw from the good things in life because everything feels too overwhelming. Real people deal with depression.

Depression is a mental illness — and while it reacts to the awesome and the horrible things in our lives, it doesn’t depend on those things to assert itself.

I am not depressed because I was blessed with three amazing guys to raise or because my husband has health issues, or even because I didn’t get enough hugs as a child (I threw that in; it’s probably not true). I’m depressed because that’s the nature of the beast.

Sometimes people get depressed. It sucks. You do what you can to deal with it, to cope with it, and to move forward from there (notice I didn’t say move on).

I gave up. Not in one moment, but over many moments, years’ worth of them. Depression won out for a while. And when I could finally fight again, I still didn’t have enough in me to write about it.

I’m still depressed. Not as badly as before. But it’s still a part of who I am. It always will be.

But I Am Done Giving up

And I’m done hiding. From now on, what you see is what you get.

I encourage you to take a deep breath and consider whether you’re sharing the real you. 100% real. It’s far too easy to try to present the positive all the time when we live so much of our lives online.

But folks, that’s just not the truth. It’s not real.

We’ll never be able to measure up to that standard. But we don’t have to give up on living.

One Last Thing — Having Faith and Depression

When I was younger, I used to think I was a horrible Christian because I was depressed. Our friends and family can use our faith against us, purposely and inadvertently.

When we’re already hurting, hearing some variant of “…if our faith in God was just a little stronger…” doesn’t help us draw closer to Him. When we’re in crisis, it’s very hard to get down on our knees and pray for the help we so desperately need.

I encourage you to hold to your faith, even if you find it difficult. It’s through the storms of life we realize we need Him the most, sometimes.

You CAN be a Christian and still be depressed.

Repeat that if you need to. I’ve dealt with the gamut of supportive to unsupportive folks in my Christian family when I admitted feeling depressed.

If you’re a Christian and have struggled with depression — you aren’t alone. I’m right there with you. I can tell you that many times it was only my faith that kept me partially grounded and able to face the next day. And the one after that.

I don’t think it makes me a failure of a Christian or even that it shows that I am unfaithful.

Instead, I think it shows I am human. And so are you.

I know that not everyone is a believer, and that’s okay, but I wanted to put that out there. As sad as it is, I’ve heard it far too often to ignore.

A few notes — on Reaching Out

If you (or someone you love) are depressed, I urge you to find help. Unlike Buffy in Sunnydale, most of us can’t just ‘magic away’ depression. Most of our issues aren’t solved in an hour of witty conversation and angsty tears.

It’s an ongoing battle. There are a LOT of places you can get help, though. From reaching out here (seriously, comment, and I promise to listen!) to finding a safe place to chat with a counselor online or by phone, you can take steps to feel better.

Here are a few resources to get you started:

I can’t overstate enough that if you are in crisis and think you could hurt yourself or someone else, seek help now. 9–1–1 is always a valid option in a crisis.

So … this was a bit of emotional craziness in an already crazy world, right? I have been working on this post for weeks, writing and re-writing this section or that section because I wanted to be honest — but wasn’t sure I should be ‘that’ honest.

What you see is what you get.

I urge you to be honest with yourself and with others about how you are feeling. If you are giving up, or you feel you’ve lost one too many battles in your own personal depression war, DON’T GIVE UP!

I promise, being honest with yourself is hard but freeing. Give up for the moment, but get back up again to fight the next battle in your own personal war.