You are here: Home / Family / Fibromyalgia Confessions – Or … Mom’s Not Allowed to be Sick 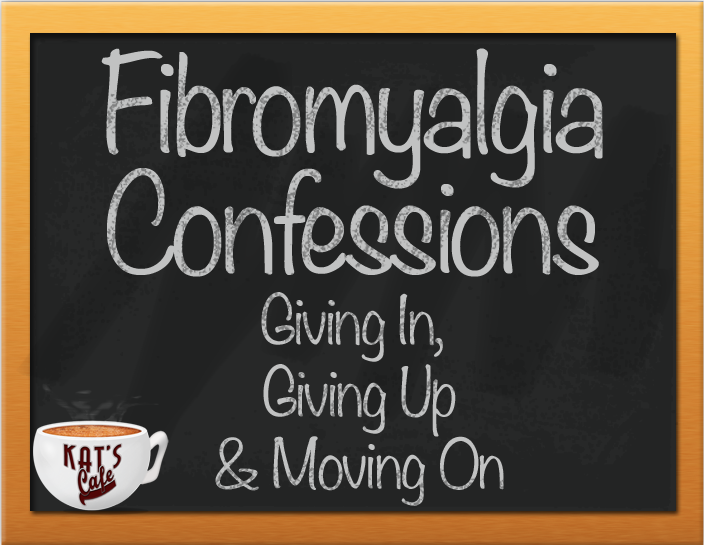 Life is a journey, made up of moments, glances, smiles, friends, family, adventures … and when you’re a special needs parent it’s made up of challenges, trials, and celebrations about even the most minute of those moments.

I haven’t been 100% honest though, because my world not just about being a special needs mom – I also have Fibromyalgia (AKA “Fibro”).

So? What the Heck’s the big Deal about having Fibromyalgia?

What this means? Is that I don’t get a simple cold, the sniffles, a day of the flu … I get sick and my immune system plummets and suddenly I am not just dealing with being sick – I’m also in a Fibro flare.

See, I’m like a lot of moms out there – I take care of my family the best I can, I handle the craziness of life and rise to one challenge after the next. Heck, I’m like a lot of other special needs parents too – I don’t think I’ll ever feel like I’m doing enough, that I’m good enough, to give my kids everything they need. But …

But I refused, for the longest time, to acknowledge just what having Fibromyalgia has cost me – how difficult it is. Oh I’ll admit in the middle of a flare I can host a pity party to rival pity parties. But I still try and do everything, be everything, for this family – even when I’m drowning in obligations and needs – even when my body is desperately kicking me in the ass and telling me I need to take a step back.

That means, that I can be in the middle of a Fibro flare that makes my latest bout of flu look like a picnic and I’ll still be worried about the house, the hubby and the kids – and I’ll still be struggling to keep up as many of my work commitments as I can. I might even worry about this little blog of mine. And I’ll try to keep up with the house and doctor’s visits (for everyone else!) … but at the end of the day when I’m so exhausted that sleeping doesn’t feel like rest I’ll still be pushing to do more.

Turns out that Sometimes your Body Fights Back … Who Knew?

And my body has had enough of it. For months I’ve been struggling to deal with a stupid sinus infection. I’ve been on rounds of antibiotics, tried just about every natural remedy out there – and I can’t beat it. After about a month of ongoing symptoms (and being sick through Christmas!) I realized I was starting to lose my ability to focus, to keep my eyes open even after waking up for the day. My pain levels ratcheted up and I realized I was in a Fibro flare. I’m still, even a month later, trying to deal with this same flare.

The daily struggle to be mom and wife, to handle everything and be everything to everyone … it turns out that sometimes you can keep up the pretense – but somewhere along the line you pay the price.

The price? Exhaustion, inability to focus, sinus symptoms that got worse instead of better, pain, and a household that I was struggling to maintain. I lost clients and had to cut back on working with others. I stepped back from most of my posting here at the Cafe. I lost respect for myself – because I couldn’t do and/or be the person I wanted to be.

I couldn’t keep up. I’m only human, and I have Fibromyalgia  and I’m admitting that I couldn’t do it. I can’t do it. I’ve had to make adjustments — mentally, physically, spiritually — that I never wanted to make.

Now for me there is light at the end of the tunnel – I’ve started taking a different set of supplements and while I’m not better by a long shot, I am beginning to feel better. I have been able to return to working with some of my really amazing clients. I’ve been able to slowly, hesitantly, try to step back into this life of mine, the same life I had to put on hold for months because I just couldn’t do it anymore.

There’s no magic wand to make you instantly better, there’s no rule that says you don’t have to have a chronic condition even though you have three amazingly awesome kids and a  pretty awesome husband counting on you. And it’s not fair.

But that’s part of life, part of accepting this part of my life. I don’t think I really accepted it before — having Fibromyalgia  acknowledging that I had to make changes without feeling like I was giving in to this condition. I have to give myself limits in lieu of giving up. And I have to move on, doing the best I can as I move forward.

So I’m putting this out there, because I think there’s others like me out there – other moms who are having a hard time accepting that they have limitations – that they are only human. And I think there are others who don’t understand what it’s like to have a chronic condition like Fibromyalgia (especially if you are also a special needs parent).

So I have this confession to make – I have Fibromyalgia and I hate it, and I’m just now realizing that I will be dealing with it for the rest of my life. And I hate that too. And I would love to know that I’m not alone – that others out there get this, understand it.